Why spending time in nature is vital for good mental health 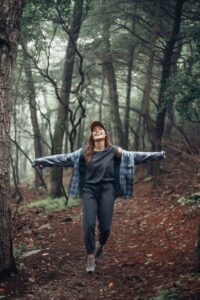 Spending time in nature has been found to help with mental health problems including anxiety and depression. The modern way we live has changed radically from life in the savanna, but our brains have mostly stayed the same. We still have a deep connection with nature, and research shows that if we don’t nourish that bond despite our technological advancements, we may suffer in many ways.

There is a therapy called Ecotherapy which is a type of formal treatment which involves doing activities outside in nature and which has shown to help with mild to moderate depression. There isn’t one single definition of ecotherapy, but it’s often used to describe a regular, structured activity that includes being led by trained professionals (sometimes therapists), who are there to support you, focus on doing an activity, rather than on your health, takes place in a green environment, is related to exploring and appreciating the natural world, involves spending time with other people, (although you can always choose to interact at your own pace).

It can also be described, depending on whether the activity has an emphasis on exercise, horticulture or therapy, as green exercise, green care, green therapy, and horticultural therapy. This combination of being in a supportive environment doing regular physical work, and interacting with other people in nature has had positive results for many people with mental health issues.

Connecting to other people and nature offers a positive experience and helps support the senses by tuning into them, it can bring compassion and caring actions towards nature, which in turn can help lift mood and ease mild depression.

Being outside in natural light can also be helpful if you experience seasonal affective disorder (SAD), a type of depression that affects people during particular seasons or times of year. Symptoms can include a persistent low mood, lacking in energy and sleepy during the day.

It is thought that SAD is linked to reduced periods of sunlight during shorter seasons. The main theory is that a lack of sunlight might stop a part of the brain called the hypothalamus working properly, which may affect the production of melatonin which is a hormone that makes you feel sleepy; in people with SAD, the body may produce it in higher-than-normal levels. Production of serotonin which is a hormone that affects your mood, appetite and sleep; a lack of sunlight may lead to lower serotonin levels, which is linked to feelings of depression and, the body’s internal clock (circadian rhythm). Our bodies use sunlight to time various important functions, such as when we wake up, so lower light levels during the winter may disrupt our body clock and lead to symptoms of SAD.

Getting as much natural sunlight as possible and exercising regularly can really help to improve the symptoms –Vitamin D is produced in your skin in response to sunlight and so is really important as insufficient vitamin D levels can lead to a number of health problems, including depression and other mental health issues.

There are numerous different reasons being in nature may help you feel better mentally and physically, examples are:

Fatigue – if you are constantly multitasking in the daytime, for example you might face a combination of kids, working from home, chores, devices all vying for your attention. Your prefrontal cortex can only take so much distraction before it needs a recharge. Luckily, time in nature has been shown to restore mental abilities like short term memory and processing 3D images based on drawings.

Disconnected – one of the most basic human needs is to feel that you belong and you’re part of a larger tribe. But studies show that this concept goes beyond human relationships alone. Time in nature results in a sense of belonging to the wider world that is vital for mental health.

Stressed – nature presents scenes that gently capture your attention instead of suddenly snatching it, calming your nerves instead of frazzling them.

According to some experts, just 15 minutes outside each day is all you need to reap the benefits the great outdoors has to offer. 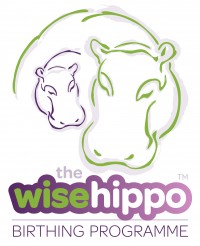